About the Unitarian Church

Who we are and what we stand for 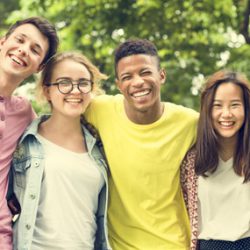 Unitarianism is an open-minded and welcoming faith that encourages individual freedom, equality for all and rational thought. In a culture where many are looking once more to spirituality, the Unitarian Church offers something unique. We do not expect or insist that everyone should hold exactly the same beliefs. Instead, you are encouraged to work out your own faith as we believe no-one should dictate what another person may or may not believe.

We see different opinions and lifestyles as valuable and enriching and do not discriminate on grounds of gender, age, race, religion or sexual orientation. We welcome anyone with an open mind who shares our tolerant and inclusive views.

Unitarianism is non-denominational, meaning we are open to insights from all faiths, science, the arts, the natural world and everyday living. Our services draw upon a wide range of teachings from other religions and spiritualities and religious iconography is rarely found in our chapels.

We are affiliated with the General Assembly of Unitarian and Free Christian Churches, whose symbol is the Flaming Chalice which represents belonging, acceptance and love and has links with other liberal religious groups across the world.

WE ARE WE ARE OPEN-MINDED
AND INCLUSIVE…

Unitarianism developed from the Christian tradition and holds Jesus in high regard, but we do not worship him as such. He is respected as a great prophet and teacher.

What do Unitarians believe about God?

Unitarians do not define God, as different people interpret the word God in different ways i.e. as a universal father or mother, as the source of all being, or as a great mystery about which little can be said. Some Unitarians do not find the term God helpful and would describe themselves as agnostic or atheist

What do Unitarians believe about Jesus?

Unitarians believe Jesus was a great prophet whose central message was the call to love, that he was fully human and we are ALL sons and daughters of God.

Do Unitarians celebrate Christmas and Easter?

Yes, Christmastime is about joy, hope, wonder, love, compassion and peace. Christmas belongs to all who recognise Jesus as an inspiring, significant historical figure. At Easter, we do not believe in the physical resurrection of Jesus, but see it as to time to celebrate life’s renewal in the spring.

Sunday worship is a mix of prayers, readings, hymn singing, time for meditation and an address by the minister. Members of the congregation are frequently invited to contribute and to share joys and sorrows in candle-lighting.

No two Unitarian ceremonies are the same as no-one has the exact same beliefs. With weddings, we help couples plan their own service, from picking their readings to writing their own vows. We also don’t expect anything of a couple other than they be truly committed to their relationship as life partners. Whether you are divorced, of different faiths or same sex, we welcome all couples wishing to get married in our church.

Unitarian funerals celebrate the life of the deceased and even if the minister did not know them personally, they will make every effort to make the service reflective of the person’s qualities and beliefs, often done through consultations with their loved ones. We also do not use the emotional vulnerability of those in mourning to impose our beliefs on them.

Is there a Unitarian spirituality?

Yes, both in our services and outlook. Many Unitarians see their faith as a spiritual journey of growth, harmony and understanding, involving both themselves and the communities and world around them.

Makanh Elizabeth Morris, a Unitarian Minister in Wyoming, USA put it well when she wrote “spirituality for me is about connections, with people, with animals, with nature, with energies deeper than the human eye can perceive. My spiritual awakenings occur as I touch and am touched by other parts of our miraculous web of existence.”

What do Unitarians think of other faiths?

Unitarians believe all are entitled to hold their own views and to practice their own faith freely and so welcome everyone. Stories and readings from other faith traditions are frequently incorporated into our services and we embrace wisdom from other faiths.

How do Unitarians view sexuality?

Unitarians see human sexuality as a perfectly natural and healthy dimension of our existence. We recognise and value its role in bringing intimacy, tenderness and pleasure to loving relationships.

Unitarians embrace the whole spectrum of sexuality and gender. For this reason, we would affirm the right of all to give full emotional and physical expression to their sexuality.

Do Unitarians get involved in environmental issues and politics?

Unitarians are much concerned with environmental issues. Historically, we have been deeply interested both in the scientific study of our natural environment and in seeing it as a spiritual resource – alive with the divine.

Throughout our history, Unitarians have stood for inclusivity, reason and social justice including gender equality (we’ve had women ministers for more than 100 years and were, in fact, the first church to do so), gay rights (we’ve performed same sex blessings for more than 30 years and were the first to perform wedding ceremonies) and the abolition of slavery.

We support equality of respect and opportunity for everyone. We totally oppose all oppression and discrimination, including on the grounds of any arbitrary or accidental factors such as race or gender, sexual orientation or religious belief.

Can you guess these famous Unitarians?

An actor known for playing Superman

The third president of the USA

Creator of the internet

Can you guess these
famous Unitarians?

Author of Oliver Twist, Great Expectations and A Christmas Carol

Creator of The Simpsons

https://thenightingalecentre.org.uk (a holiday conference centre located in the Peak District and owned by the Unitarian Movement where  throughout the year many Unitarian holidays,  events and educational activities take place).

www.altrincham-interfaith.org.uk (bringing together the major faith groups in the area, to help improve knowledge and understanding of one another and to develop friendships between people of different faiths).